After a nice holiday in a villa of our friends Karel and Marieke we knew it for sure, we will start a Bed & Breakfast in Andalusia. After our holiday we started to set up a business plan and searched the up coming months for the right location, also we made a lay-out of our B&B and made a list of the criteria´s.

That year we had planned a holiday in November so we went to Andalusia and arranged meetings with real estate agents for visiting some properties. During the daily tours we saw a lot, beautiful houses and villas. But also rural houses with a lot of renovation work to do. We heard often: “this project has so much potential, or so many possibilities”….

Until we saw in Alhaurín el Grande our last villa of that week with a beautiful unspoiled view. Directly after arriving we had a good feeling because this property was a shell and ready to finish for the new owner. The builder who was also the owner was prepared to finish the house to our standards and would deliver it turn key in time to start directly in the new season of 2006.

We signed the contract in the beginning of 2006 and the builder would be ready at the end of April. The only thing we had to do was put up some lighting armatures and put in the furniture. To follow the work we flew to Malaga every 4 weeks to discus what was necessary and to make choices in tiling etc. We were very busy with all the preparations to start a limited company and get all the needed papers from the local government. In the Netherlands we worked until the last days and nobody had a clue what we were hiding, until we had to lounge a website for our business of course.

Halfway April we had our farewell en goodbye party for family and friends and a week afterwards we took our car and went to our new home in Spain. The builder had to finish a lot and said that all would be ready at the end of the month so we decided to open Casa Don Carlos on the 12th of May 2006. Everything went rapidly and the builder was ready on that day and we were ready also with our work(building up furniture and a bit of painting and gardening). 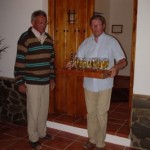 On the 12th we were fully booked and an up and running Bed and Breakfast nobody could see it was our first day, everything in order. Carlo´s father did the opening and afterwards bubbles for everybody of course, this was the end of a very intensive period but also very nice to experience. The year ended above our expectations and that gave of course a good feeling for the coming years. 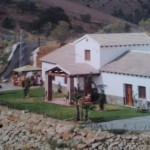 We made together with Carlo´s father a pergola around the outside kitchen to have some shade. we also started to work together with GSHeaven motorcycle rental and had a lot of his clients as our guests. We decided to start with landscaping our hill and planted about 60 olive trees and we got guests that bought a villa next to the village. This villa is still on our website and we are looking after the garden and pool and the rentals.

We remodeled our frontgarden and created a walking path to and from the front door and to the terrace and got lots of new plants there.

In this year we took over GS Heaven and took a big advantage in making this company more profitable on the web and we got lots of new European clients. 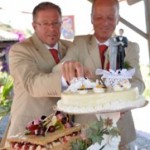 We remodeled the garden around the pool and got a petanque area downstairs to make this place more attractive. This was also a very important year because we married in our own village and had a big party on our own terrace with a lot of family and friends.

We installed a glass curtain in our outside kitchen so we are able to use this facility all year round. 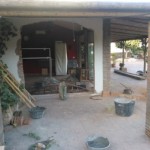 We made the outside kitchen a little bit bigger with a lounge area and on the upper floor of the house we created the luxury room.

This was a year without big investments but we got a new website.

We sold our motorcycle rental company and room 1 and 2 got a totally new bathroom.

Our outside furniture has a heavy duty live with all the sun and heavy use of everybody so we decided to change a big part of it for new furniture. 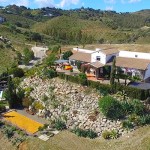 Because the use of new media such as tablets, mobile phones etc. demand a different approach in websites. So we got again a new build safe and modern website which we launched on the 12th of May 2016 with new images and a short film made by a drone. When you watch the pictures you can see what we have achieved in 10 years time.  We are very pleased that we are a part of people´s holidays, to let our guests enjoy our house and the region of Andalusia. More than 65 % is a returning guest and we are very proud for this. We are very great-full for this. It gives us so much pleasure to read all the reviews and if guests have remarks we learn because you never must lean back and think that’s it goes as it goes! We are still energetic and enthusiastic as we were 10 years ago so we go on…

Hopefully we see you (again) at B&B Casa don Carlos,